Blending is a mystic art within brewing and is the special preserve of a select few, elite brewers and breweries, mostly residing in Belgium. Blended beers, usually barrel aged in wine barrels, these beers represent a special union of viniculture and brewing. Often spontaneously fermented in breweries that have not changed in centuries (to preserve the unique bacteria cultures and strains which ferment the beer), they are almost without exception delightful. Liefmans Kriek Brut is a shining example of this curious cul-de-sac within brewing. Consisting of, in the brewer’s own words, 15 to 20 different vintages blended and aged together, this beer is nothing short of exceptional. It pours a deep, reddish brown with a lightly pinkish-white head. It smells of sour cherry and little else, but that’s not a bad thing. Being Brut, you’d expect this beer to be as dry as a bone but it certainly has more than a whisper of sweetness shining through, echoing other versions of the classic Kriek style. Sour, black cherries are dominant bringing just the right level of tartness to this exquisite beer.

There are no reviews yet.

Only logged in customers who have purchased this product may leave a review. 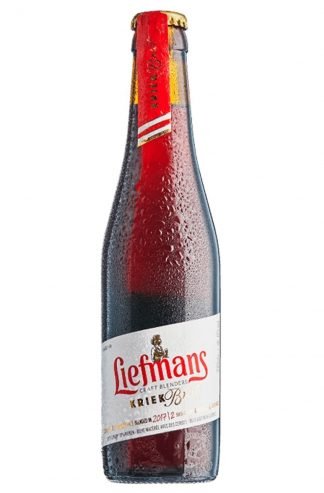