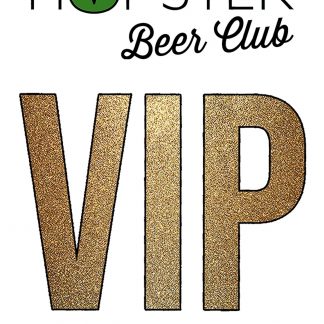 The phenomenal Bryde is back in the Scottish Borders!

Pembrokeshire-born, London-based Bryde aka Sarah Howells, is a woman and an electric guitar playing fierce and fragile songs.  Swaying from vulnerable to uncompromising within one verse and chorus, Bryde’s music is honest and furiously authentic.

Fascinated with human psychology and inner workings of relationships Bryde’s songs still hold close a defiant and life-affirming quality.  Described as being about “entangling and unravelling” they move from tender and delicate, to tough and unforgiving, drawing reviews that reflect this.

Bryde established her ethereal indie-rock sound early on, working with producers such as Jolyon Thomas ( Royal Blood) and Bill Ryder-Jones (Hooton Tennis Club, Saint Saviour) Early radio support has reflected this coming from the likes of  Huw Stephens on Radio 1, 6music, playlist on BBC Radio Wales and supported by Maz on Radio X. 2016 was a whirlwind year on the live circuit for Bryde: opening for Rufus Wainwright, well-received sets at Dot To Dot, Green Man and Swn, two sold-out London headliners, debut shows in New York and Los Angeles and UK headline tours. 2017 has reached new heights with packed shows at Live at Leeds and The Great Escape, sold out shows and her first shows in Europe.  The co-produced debut album mixed by Catherine J Marks (Big Moon, The Amazons) is due in early 2018 with influences of Radiohead, Warpaint and Jeff Buckley evident.

“..hers is a voice that deserves attention in and of its own right” – Consequence of Sound

“[her voice] bends but does not break, with the insolent sorcery of Sharron Van Etten or PJ Harvey”   Les Inrocks

One of our favourite – and most criminally underrated – UK songwriters has to be Bryde. Every song of hers drips with feeling unfathomable…. Heartbreaking – Press Play Ok

“Bryde is a Welsh songwriter who knows how to hit hard.  The newcomer’s raw yet deeply personal style recalls early PJ Harvey, while her lyrical wit sits alongside Courtney Barnett.”  – CLASH

“Another astonishing belter….. It’s breathtaking on so many levels”. – Sodwee

Single of the week – “[Help Yourself] glides, soaring skyward through its powerful and emotive choruses, headstrong. It’s clearly cathartic, but not just aimless and explosive, it is instead guided and direct with a complete conviction in itself.” – Cultured Vultures

“There is so much beauty in Sarah’s voice: the huskiness of Gemma Hayes, lightness of Laura Marling and sensitivity of Jeff Buckley — beauty that is hard to define, which is a big compliment.” – Fresh on the Net